There are a few items that I just wouldn't be able to run without these days. Just practical, things. Personally I don't run with music (or hardly, hardly ever, maybe I have once this year I think), it is partly a safety thing and also partly that running is my quiet time, my thinking time. Or, if I am doing a harder session then I just need to be in the moment and concentrating. I'm lucky, I have never felt the need for distractions when I run, I have just always loved it and am happy to be in the moment when I run.

The first item is my trusted shock absorber bra.  Ladies, if you haven't yet had a sports bra fitting from your local Sweatshop trained sports bra fitter, prepare to be enlightened. Wearing a proper sports bra with a proper fit WILL change your running. It improves your posture and you don't feel so self conscious, it can also reduce breast pain from running too. 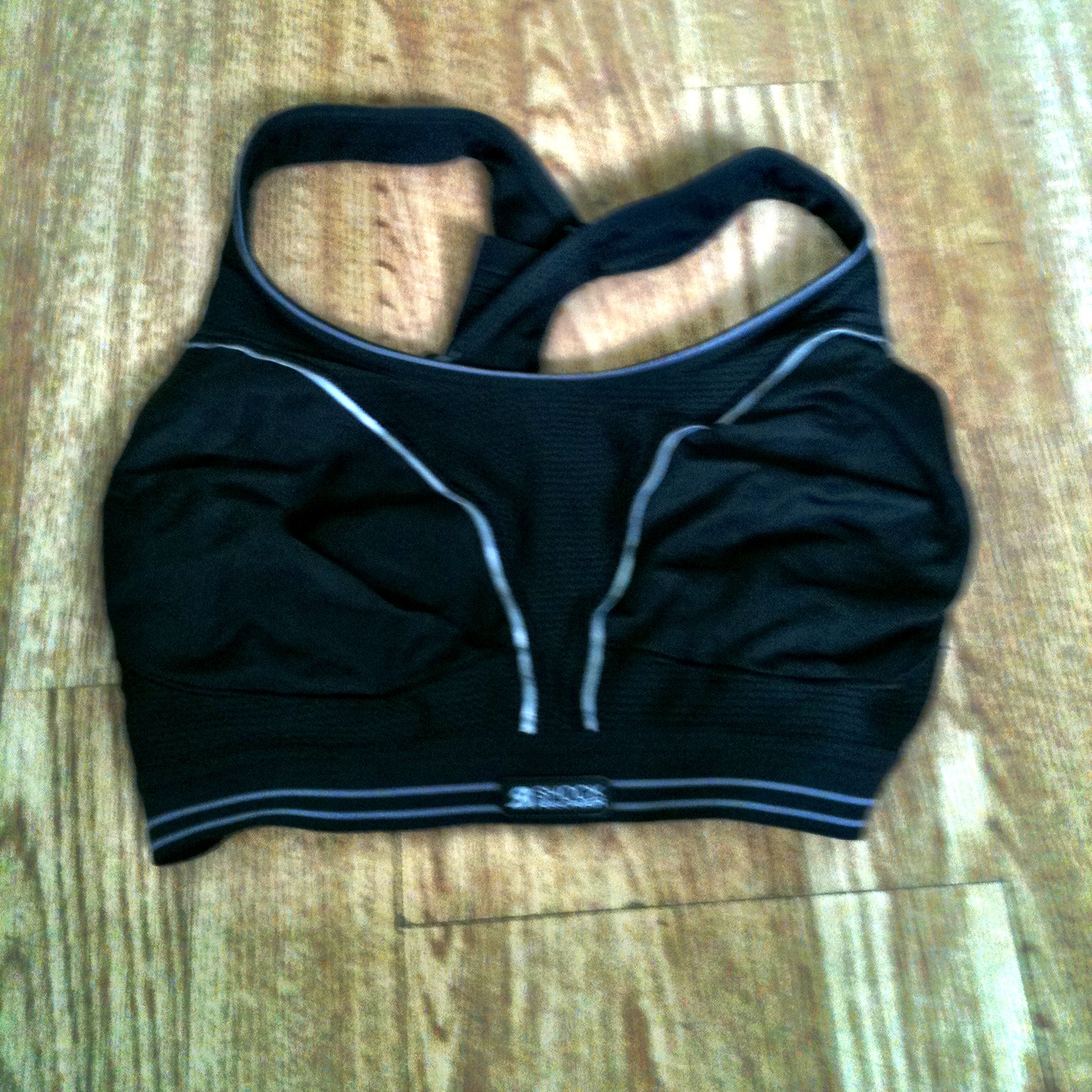 Even if you are an A cup you still get about 4cms of movement in all directions! Check out the information at Shock absorber http://www.shockabsorber.co.uk/en/the-science/(other brands are good too, I just love this one). My next essential piece of kit are my trainers, now, I won't post a picture of all the running footwear I own (I have become a typical girl, shoe queen when it comes to sports shoes), I do work one day a week for Sweatshop (running specialist store) and I do love having just the right type of shoe for a specific distance, terrain etc. My main pairs that I wear the most for the majority of my miles are my Brooks Pure Cadence for road miles (see right) and my Adidas Kanadia for my off road runs (below). Having the right type of shoe for you is absolutely essential. If you have never had a running specialist have a look at your gait (the way you land and the way your foot and ankle moves during running) analysed then I recommend you take the time and visit a running specialist store (such as Sweatshop, yes I am biased!) and get it done. http://www.sweatshop.co.uk/stores    This will ensure the trainer is the right fit (no more black toenails people) and that the shoe has the correct cushioning and structure your own running style. 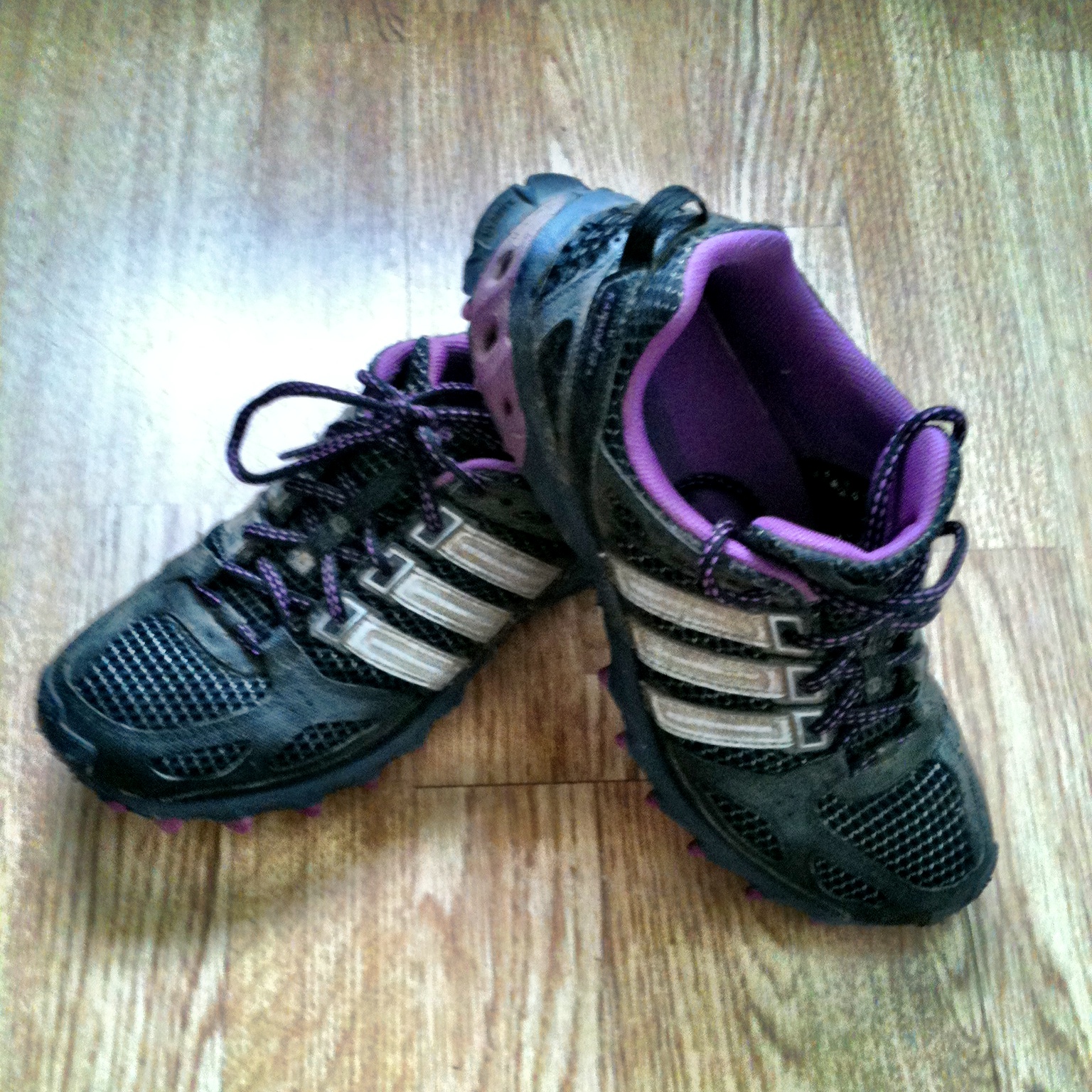 "Go on girl, you'll get there"

"Go on girl, you'll get there..." I bristled when I first heard this, I always did when someone commented or heckled. It was a regular occurrence living and running around East London. I would dread the school kick out time if I had timed my runs wrong and would have to run the gauntlet of far-too-confident-and-really-scary school kids as I jogged along.  But, this comment, this was at about 4.30am on a cold, wet dark January morning in Newham, the streets were dirty and the bins and rubbish was out waiting to be collected, getting in my way as I tried to run. I was training for the London marathon and this year I was finding training really tough. Really, really tough.. The comment was soft and sounded heartfelt, like maybe he knew, maybe he was a runner? The words by a random stranger almost made me despair and cry as I felt so far away from my goal on that dark morning that I really began to question whether I would, as this man (who didn't know me at all but seemed to have so much faith in me) had said, ever "get there".

This was 2008, shortly after this I got diagnosed with iron deficiency anaemia and had a serious of injections to rectify the problem. You know the image of Popeye after he ate spinach? That was me. It was awesome, I had found an answer to my immediate problem of 'why is this training feeling so, so tough and not producing any results'. Over the years, with the ebbs and flows of my running I have often used this strangers comment as a mantra. During a tough part of a race "go on girl, you'll get there". At the start of a training plan when you feel like the end is no where in sight "go on girl, you'll get there". And, more recently during a time of injury and rehabilitation. This time there was no quick fix, no injection to make me spring up and run out the door. This time is was months and months of hard work (go on girl), strengthening (go on girl), core work (go on girl), treatment (go on girl), posture correction and base miles until I have indeed, finally, nearly "got there" again. The "there" is at the beginnings of a training plan again, for the first time in over a year. It feels good, exciting and a bit scary. I really want to get there, to my goal.

Posted by HCrunner at 14:22 No comments: